I met Lauren at the Arnold's in 2008 a good friend of Mr Olympia Jay Cutler. We already had a lot in common, she is from Canada and a national level competitor and both have many of the same interest's when it comes to the fitness world. She approached me to train her in April of 2010 and decided to work with her knowing that she had a lot of focus and determination and a genetically gifted physique. Having worked with many top level pro's and a great referral like Jay Cutler  she couldn't go wrong.

We commenced training for the Canadian Nationals where she placed a strong 2nd almost taking the class.
We made some minor adjustments coming in a little fuller and tighter and she was able to dominate the field taking first place in her division.
She looks to compete in 2011 at the Arnold Amateur show in March. So keep and eye on her she will be the next Pro IFBB figure girl coming out of Canada!!!
Facebook
Eric Di Lauro 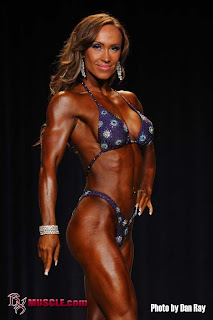 Posted by Mr Canada at 10:53 PM
Email ThisBlogThis!Share to TwitterShare to FacebookShare to Pinterest