Jay Cutler 4 xMr Olympia
By Eric Di Lauro
Its been almost two and a half months since the Olympia and several guest posing appearances around the globe things don't ever get quiet for MR OLYMPIA. Probably only a dozen training sessions under his belt he is slowly getting in the swing of things eating his 6 meals a day and taking his Muscletech products. Considering all the travel and just started getting back into it ,he is tipping the scales in the high 280's.

We had a great workout today for arms in Venice we took it slow but had a great pump. Phil Marmolejo was present also to hit arms and Dave Bourlet came by to take a couple of snap shots.

After the gym we hit the restaurant for some pasta and chicken in Santa Monica, not even fully digested Shawn Ray was texting him to get ready for the MD radio show so Jay ended up doing it from his Benz with the Santa Monica beach and Sunset in the distance " What a life"

I will be posting some pic's once they have downloaded , here's a quick cell phone pic. 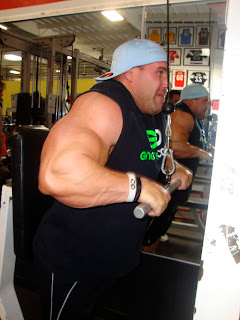 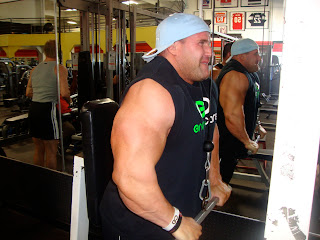 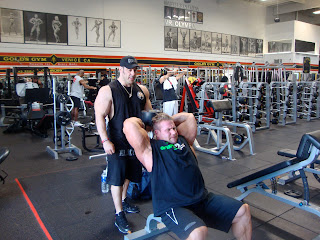 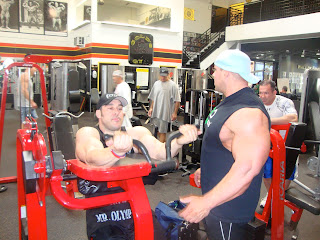 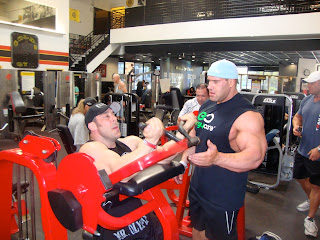 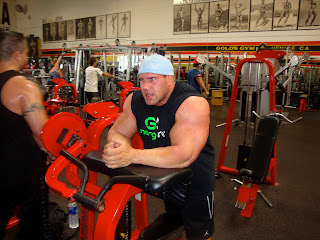 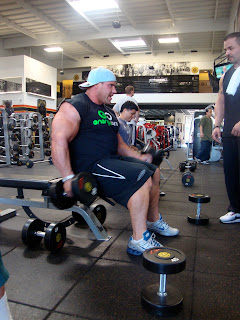 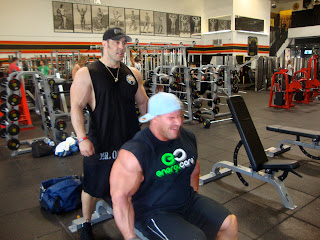 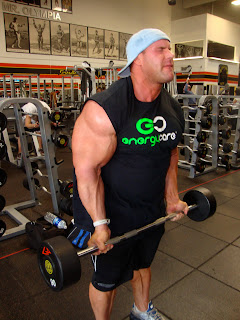 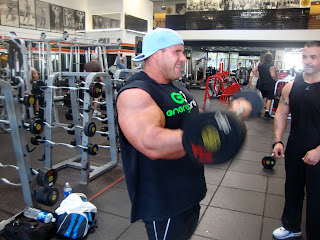 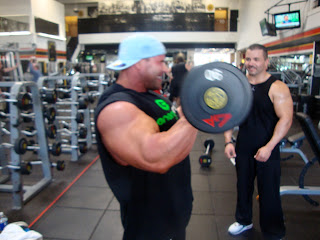 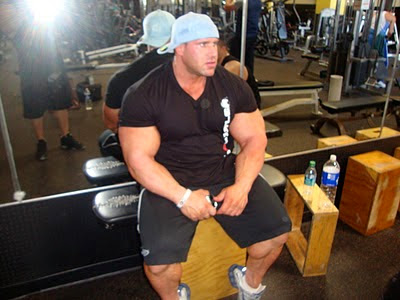 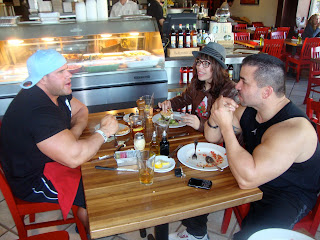 Posted by MR CANADA PHYSIQUE ADVISOR at 6:22 PM
Email ThisBlogThis!Share to TwitterShare to FacebookShare to Pinterest